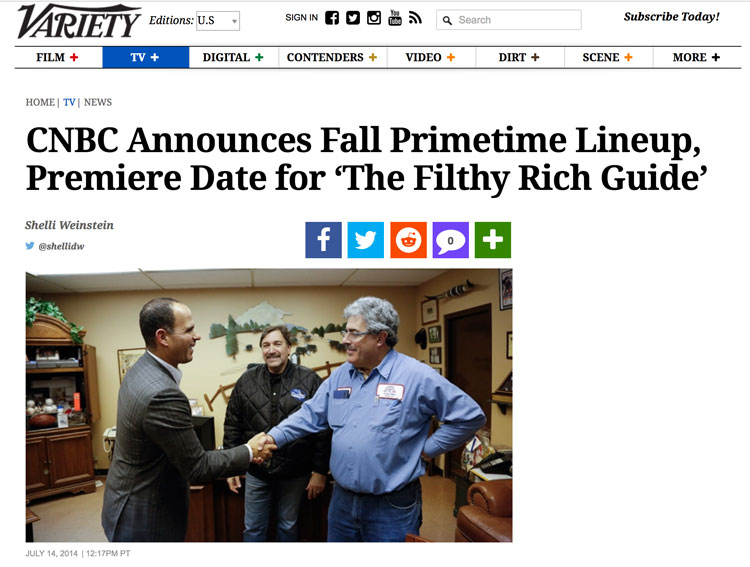 THE PROFIT, as seen on CNBC 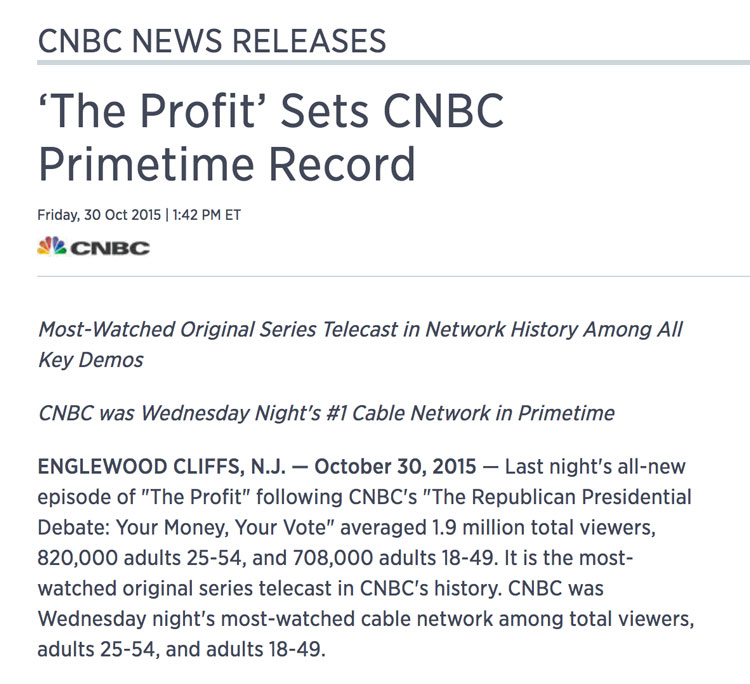 THE PROFIT, as featured on CNBC

October 30, 2016MacheteTVIn The News
An extended version of “The Profit” premiered following CNBC’s Republican Presidential Debate in a special early premiere. The first of thirteen original episodes, the premiere will then air as originally announced on its regular day and time beginning TUESDAY, NOVEMBER 3 at 10PM ET/PT. Read full article here: http://www.cnbc.com/2015/10/30/the-profit-sets-cnbc-primetime-record.htmlRead More

To pitch your project, please visit our “Submit Your Idea” page. Pitches sent to Machete Productions via any other means will not be reviewed and will immediately be discarded.